The National Transportation Safety Board needed a bully pulpit.

It could issue recommendation after recommendation to improve the safety of the nation’s roadways, skyways, waterways and railways, but getting states and agencies to pay attention was another matter altogether. Enter the “Most Wanted” list.

Modeled 20 years ago after the FBI’s “Most Wanted” list, it originally listed 18 issues the board felt were most important to address. There are currently 53 recommendations on two “Most Wanted” lists – one for federal issues and one aimed at the states.

The NTSB doesn’t have regulatory authority, but holding agencies and others up to the public spotlight can pressure them to act. Most of the time it works.

There have been 298 recommendations placed on the “Most Wanted” list since its creation in 1990. According to a News21 analysis, 232 of them have since been closed, 70 percent of them acceptably.

But just like other recommendations, The NTSB sometimes gives up on “Most Wanted” recommendations. That occurs when it becomes clear that nothing is going to happen.

For example, the board recommended child safety restraints in airplanes as early as 1979 and put it on the “Most Wanted” list in 1999. Accident investigators reported babies being thrown about planes and banging into walls and seats when their mothers could not hold onto them during crashes. The NTSB’s Chief of Safety Recommendations Paula Sind-Prunier called the recommendation a “no-brainer.”

But after the Federal Aviation Administration repeatedly made it clear that it was not going to force airlines to furnish their aircraft with child restraints, the recommendation was dropped in 2006.

“We don’t want to give up,” said Elaine Weinstein, former head of the NTSB’s safety advocacy division. But “frequently we’ll just have to come to the point where we agree to disagree.”

“Most Wanted” recommendations tend to be complex, sometimes requiring an overhaul in technology or a change in the public’s way of thinking, Weinstein said. For example, it took a long time to convince parents that they should place children in the back seats of cars, she said. And until public views changed, the board could not persuade states to change their laws.

Former board member Kitty Higgins said the reason issues end up on the “Most Wanted” list “is because they are in many ways the most challenging. They are significant in terms of safety improvement, but if they were easy to do, the agencies would have done them,” she said.

The safety issues that make the list aren’t necessarily the ones that would save the most lives. If that were the case, there would be many more related to highway travel, which claims more lives than any other mode of transportation. Rather, they are the recommendations that the board feels would have the greatest impact on public safety and the ones it thinks need an extra push in the form of public or legislative support.

Federal agencies that are the recipients of “Most Wanted” recommendations are required by law to report annually to Congress on their progress. But agencies say they don’t necessarily pay more attention to recommendations on the list.

In an e-mail statement, the Federal Railroad Administration said it treats all NTSB recommendations the same. “We do not consider the NTSB’s ‘Most Wanted’ list when assessing our response to a recommendation,” the statement said. “FRA has its own ongoing safety program that identifies important railroad safety issues.”

Sometimes it’s Congress that responds to safety measures on the “Most Wanted” list. That was the case in 2008 when lawmakers passed the Rail Safety and Improvement Act, which forced railroads to change the way they schedule crews. Workers, for example, could no longer be scheduled for 16-hour shifts and train drivers had to get 10 hours of rest before coming on duty.

The NTSB had twice placed recommendations to limit train crews’ hours on its list – once in 1999 and again in 2006.

“In many cases we think if Congress had not stepped in and mandated the action the recommendations would not have been closed in an acceptable status,” Weinstein said.

Weinstein and Jim Rosenberg, who also worked in the NTSB’s safety advocacy division, said lack of progress on many “Most Wanted” recommendations is frustrating.

“You do get to a point that you’re frustrated in seeing the same thing over and over again,” Rosenberg said. “And you wonder: Is there really anything you can do to prevent some of these accidents or is it just chance that these accidents happen?” 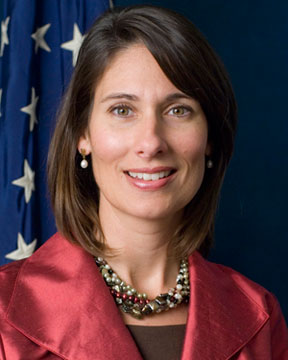