No One's in Charge

If you’re boarding a plane, cruise ship, ferry or Amtrak train, a federal government agency is watching out for your safety.

But if you’re a passenger on one of the nation’s 48 subways and light-rail train systems, there is no single authority with the power to set and enforce safety measures.

Rail systems like the Metro in Washington, D.C., New York City’s subways and the “L” in Chicago are governed by a patchwork of state agencies and committees, some more watchful than others.

In some states, the groups set up to oversee light rail have so little power as to be almost completely ineffective, according to the Federal Transit Administration. They include the Tri-State Oversight Committee in Washington, D.C., and the Regional Transportation Authority in Chicago as well as the Texas, Utah and Wisconsin departments of transportation.

Most of the other 22 agencies that oversee the rest of the country’s rapid-transit rail systems have minimal oversight power.

At the same time, many of the nation’s subway and light-rail systems are aging. In Chicago, tracks laid 60 years ago are still in use. After a major derailment in 2006, investigators found rail ties that were rusted and broken and rails that had shifted, leaving dangerous gaps in the tracks.

The National Transportation Safety Board has long recommended that the Washington, D.C., transit system get rid of hundreds of rail cars, some of which are 30 years old. The Metro train that collided with a stopped train in June 2009 was composed entirely of the older cars. Nine people were killed in the crash, the deadliest in Metro’s history.

The nation’s seven largest transit rail systems are $50 billion behind on repairs, according to the FTA, and that has led to a growing number of accidents. Accidents caused by equipment failure increased 165 percent from 2003 to 2008, according to FTA data. In that same six-year period, train collisions rose 238 percent and derailments increased 62 percent. Most train deaths are the result of suicides, but 18 percent of the deaths during those years were the result of collisions.

But when a big accident happens, like the collision in Washington, D.C., last year, it refocuses concern on what safety officials believe are the root problems in the nation’s rapid-transit rail systems: weak and spotty oversight and aging infrastructure that could lead to future disasters.

Following the Metro crash, the NTSB issued 23 recommendations. Among them: a sweeping change to put the FTA in charge of safety for all the nation’s subways and light-rail systems.

A bill to do just that has been introduced in Congress, although it has yet to come to a vote. If the Public Transportation Safety Act of 2010 passes, the FTA will have regulatory power for the first time in its history. The agency at present doles out money for transportation but isn’t responsible for safety like other agencies under the Department of Transportation, such as the Federal Railroad Administration.

States would, in essence, answer to a single federal agency for how they operate their rail systems for the first time.

“State oversight is often reactive,” said Richard Clark, director of consumer protection and safety at the California Public Utilities Commission, which oversees all transit rail in the state. “Public attention is aroused too often only after catastrophic events and media attention.”

In anticipation of the bill passing, the FTA recently convened an advisory committee to consider how a new oversight system should work. The committee is made up of representatives from nearly two dozen transit agencies across the country.

Crash on the Red Line 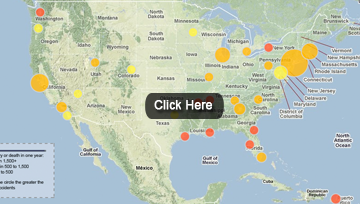 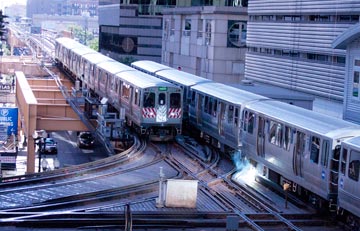 A spark flares on the tracks of the "L" in downtown Chicago. Sparks are common on the third rail, a separate track with an electrical current that powers the train. In June, sparks on Red Line tracks ignited an underground fire. (Photo by Ben Giles/News21) 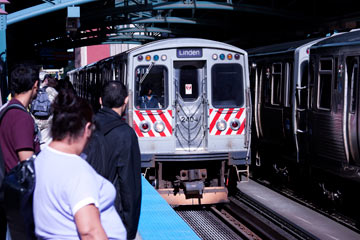 A Purple Line train pulls into Library Station on the Loop in downtown Chicago this summer. Rail systems like the "L" in Chicago are governed by a patchwork of state agencies and committees with varying safety records. (Photo by Ben Giles/News21)