A year later, in 2007, prosecutors charged Shaw with two counts of negligent homicide after reviewing his phone records that indicated he’d texted right before the accident. In Utah, negligent homicide was a misdemeanor, and Shaw faced a maximum fine of $2,500 and one year in jail for each count.

Shaw pleaded not guilty in 1st District Court in Logan, Utah. A jury trial was scheduled for February 2009.

Despite phone-record evidence indicating Shaw texted right before the accident, Shaw claimed he had hydroplaned. He just didn’t see how texting could have caused the accident.

But as the months wore on, Shaw began to question himself. No one types a text while driving without hitting “send” at the end, he figured. He must have punched “send” without looking at the road.

And he hit the Saturn right after he sent the text.

He felt selfish. He couldn’t imagine the victims’ families celebrating the upcoming Thanksgiving holiday without their fathers or husbands when he could still enjoy the day with his family.

Instead of prolonging the pain for everyone involved, Shaw pleaded guilty to the original charges. He would later recall: “…I realized they (relatives of victims) need this and I need this so we can all get on. I can’t imagine how difficult it is for them without a husband or a father.”

In 2009, 1st District Court Judge Thomas Wilmore sentenced Shaw to 30 days in jail and ordered him to perform 200 hours of community service by giving talks to middle and high school students.

The rest of Shaw’s sentence was more unorthodox. The judge also ordered Shaw to work “with legislators in passing a law against text messaging while driving” – a law that would become the toughest in the nation and spark copycat laws in other states. Wilmore also required Shaw to read Victor Hugo’s 1862 French novel “Les Miserables” about an ex-con who gets a second chance at life by giving back to the community he took from.

Shaw wrote the judge and the victims’ families: “I have been given back my life through compassion, and I will always remember that … I did commit a crime; I am not, will not and should not ever take what has been given to me and turn it around for my own benefit.”

Jail was a lonely time for Shaw.

While his parents could only visit with him via a television monitor, a religious leader from The Church of Jesus Christ of Latter-day Saints was able to visit face-to-face. Shaw needed those visits, he would later say, and “would not have made it” without his church.

Shaw completed his 200 hours of community service by speaking at Utah middle and high schools about the dangers of distracted driving.

After one such speech at a Utah high school, Terryl Warner, a victim’s advocate for the Cache County Attorney, stationed herself with local troopers in the parking lot to see how many exiting students texted while driving.

About one-third of the students texted as they drove out of the lot.

Warner’s numbers square with a 2009 Pew Research Center study that reported more than one-third of teen texters in the 16-17 age bracket admitted to texting behind the wheel. “That translates into 26 percent of all American teens ages 16-17,” the Pew report said.

“We were so mad,” Warner said of her parking lot survey.

“I wish we could get kids to understand the danger of this.” 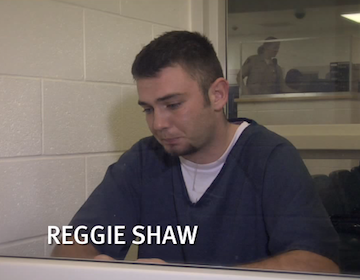 VIDEO: See a video of a remorseful Reggie Shaw produced for the website zerofatalities.com, operated by the Utah Department of Transportation.

Jim Furfaro, 38, a mechanical engineer at a Utah aerospace company, was married and the father of two young children. (Photo courtesy of Cache County Attorney’s Office and the Furfaro family) 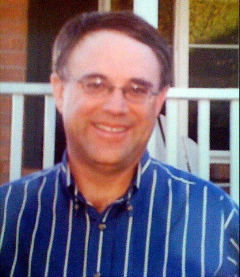 Keith O’Dell, 50, a project administrator at a Utah aerospace company, was married and the father of one child. (Photo courtesy of Cache County Attorney’s Office and the O’Dell family)