Few people die from sleep apnea, but like fatigue, it can seriously impair a person’s ability to function, said Janet Tatman, a sleep disorders specialist who runs a clinic with another doctor in the Phoenix area.

And like fatigue, sleep apnea’s effects have been compared to alcohol use. Someone with moderate obstructive sleep apnea performs at the same level as someone with a blood-alcohol level of 0.06 to 0.08 percent, which is legally intoxicated in most states, according to the FAA.

Sleep apnea affects between 5 percent and 10 percent of the middle-aged population and as many as 60 percent of those who are obese, according to various studies. Truck drivers and pilots are especially susceptible because they have sedentary jobs.

“A lot of research to date shows that the rate of car accidents from the sleepiness caused by sleep apnea is at least equal to the rate caused by alcohol and drunk driving,” Tatman said. “Folks who are working long hours — truckers who are driving long distances or airline employees who are traveling over 10, 12 time zones in some cases — are likely to have lots of problems with sleep and sleep quality and be at more risk for obesity.”

Sleep apnea is usually easily treated once diagnosed. A patient is fitted with a device to wear around his or her face at night to ensure enough air can pass through the airways.

Tatman said she’s had many flight attendants and pilots pay out of pocket for treatment, fearing their employers will find out about their condition if they bill their insurance companies.

New tools are helping the transportation industry figure out how to evaluate whether someone is too tired to operate a plane, boat, truck, bus or train. One of these tools was developed by Hursh, the Johns Hopkins’ fatigue expert.

Hursh is the co-inventor of the Fatigue Avoidance Scheduling Tool, or FAST, which measures the level of potential fatigue that might result from various pilot or driver schedules.

Hursh started working on the modeling tool at the request of the Air National Guard at Andrews Air Force Base, which often flies members of Congress and other dignitaries on missions around the country. Because of the visibility and importance of those flights, the Guard needed to understand how fatiguing the flights could be and how many extra pilots might be needed.

Hursh believes models like his will become common in the next two to five years. They already are being tested in countries like Australia, England and Canada, where agencies that regulate airlines and other travel have been moving aggressively to prevent fatigue-related accidents.

The Honolulu-based company Fatigue Science, a branch of Archinoetics, is developing a tool called the ReadiBand, which measures reaction times, caffeine and light levels and monitors sleep and fatigue. It fits on the wrist and can be incorporated into a watch.

Currently, the device generates a report of activity and rest every 14 or 30 days. But the goal is to get a report at a moment’s notice, such as when a pilot checks in before a flight, said company CEO Traci Downs. The watch is being tried by about 30 airlines and several professional sports teams, Downs said. Her company expects to being offering the device to the public this fall at a cost of $300 to $400 per user per year. 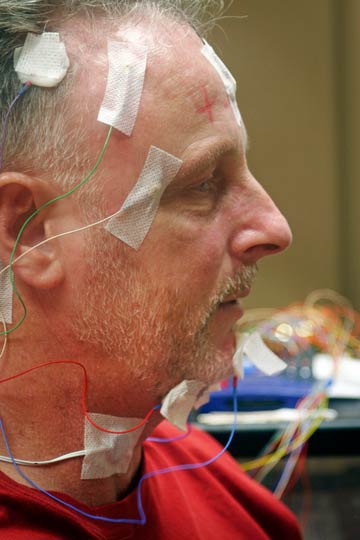