MUNFORDVILLE, Ky – Joel Gingerich hadn’t planned to join his fiancée and her family on a road trip to Iowa for a wedding. But at the last minute, before the sun rose on the morning of March 26, 2010, he hopped into the 15-passenger Dodge van. It was a decision that would cost him his life.

Gingerich, fiancée Rachel Esh and her family, all members of a close-knit Mennonite community, were just minutes into the journey when an 80-foot-long, 38-ton Freightliner tractor-trailer lost control on the other side of a wide, grassy median. The truck trampled over two sets of steel barrier cables, hit the Mennonites’ van, ricocheted off a rock wall and burst into flames.

Eleven died in the crash on Interstate 65 south of Louisville in southern Kentucky, including Gingerich, Esh and seven members of her family. The truck driver from Alabama was burned so badly that state troopers couldn’t make out his flesh from the metal of his rig.

The sole survivors were two children from Guatemala who recently had been adopted by the Eshes. Josiah, 5, and Johnny, 3, lost their second set of parents. The Marrowbone Christian Brotherhood lost 10 of its 70 members.

The crash was so horrific that it became one of only about a dozen highway accidents that the National Transportation Safety Board investigates each year. But the investigation was hampered from the beginning by the absence of a so-called black box in either vehicle.

For more than decade, the NTSB has unsuccessfully urged federal regulators to require black boxes – electronic data recorders inspired by those on aircraft – in cars, buses and trucks. Congress recently took up the issue in a sweeping auto reform bill. An amendment to that bill would make data recorders mandatory in all motor vehicles.

A black box could have answered crucial questions about the Kentucky accident: At what speed did the truck cross the center median? Did the driver wrestle with the steering wheel? Did the brakes fail?

The crash happened before sunrise. There was only one witness, who was more concerned with finding survivors than reckoning the speed or trajectory of the truck. And with traffic backed up for miles and news helicopters hovering, emergency personnel hauled off the wreckage with the bodies still inside, further complicating the investigation.

After a state legislative aide died on I-65 last year, Kentucky installed cable barriers to keep vehicles from crossing the highway’s median. But the Freightliner that killed the Mennonites plowed right through that barrier.

Peter Kotowski, who is leading the NTSB investigation of the I-65 crash, said he’ll do his best without a black box, even though a data recorder “can double-check our work and fill in the blanks.”

In 1997, the NTSB recommended that the National Highway Traffic Safety Administration create a plan to put black boxes in all vehicles. The technology already had been proven in race cars.

The board was concerned that while some carmakers were installing black boxes that recorded such things as speed, brake use and velocity upon impact, there was no way to compare the data. Essentially, each manufacturer spoke its own language, had its own menu of crash indicators and kept the data under lock.

The technology had a cautious ally in Dr. Ricardo Martinez, the head of NHTSA at the time. Martinez put researchers to work trying to standardize the data collected by black boxes and figure out how the information should be used.

But progress was slow, and in 1999 the NTSB made the first of several recommendations urging NHTSA to stop planning and start mandating black boxes. Specifically, the safety board wanted the technology installed in school buses and in motor coaches like the ones that transport seniors on day trips to the beach or casinos. 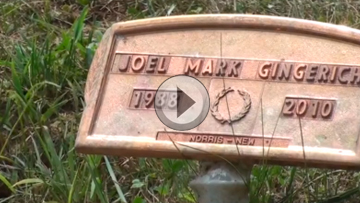 VIDEO: Joel Gingerich, 22 died March 26, 2010, when the church van in which he was riding was struck by a tractor trailer near Munfordville, Ky. Lynette Gingerich shares memories of her brother. 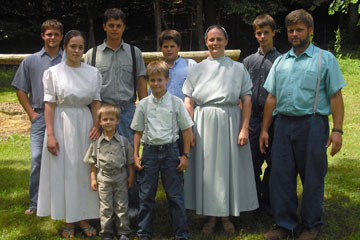 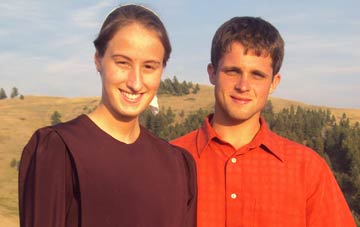 Rachel Esh and Joel Gingerich were engaged just weeks before the two of them were killed in the accident near Munfordville, Ky. (Photo courtesy Gingerich family)