When the NTSB first made the recommendation for boater education in 1993, only 20 states required it. Today, that number is up to 37. The rest of the states continue to resist.

“Most of the push-back is not scientific or logical. It’s just, ‘Leave me alone; I want to have fun,’” said Paul Newman, the recreational boating safety program manager for the 11th Coast Guard District, based in San Diego. “In certain states, that still carries a lot of weight. They feel like that’s intruding too much on their personal lives.”

Some boaters say they don’t need a class because they already know how to drive a car. But Newman and other safety advocates say the rules on the water – such as staying on the right side of a channel – are unique to the water and not always intuitive.

“No one would think about driving an automobile without a driver’s license. No state would think of authorizing that,” he said.

In 2001, the Coast Guard raised the threshold for reporting a boating accident from $500 to $2,000, resulting in a huge decline in the number of accidents reported. Around the same time, boating under the influence laws that passed in the 1980s and 1990s began taking effect, prompting an actual decline in accidents.

Alabama and Connecticut are the only two states where accident numbers can be tied specifically to boater education. All others states are grandfathering their laws, meaning it will be decades before all their boaters have to comply with an education requirement.

Alabama requires a license and Connecticut requires that boaters take a class.

For the U.S. as whole, fatal accident rates declined by 12 percent over the same period.

Legislators in Wisconsin and Virginia have been trying for years to pass laws requiring life jackets for children on boats.

In Virginia, the law has failed to advance at least seven times, Dungan said. Parents objected because they say they’re the best judges of how well their children can swim and they don’t like being told how to protect their children, he said.

“They think they can swim to safety. I hear that all the time,” Gossard said.

However, research endorsed by the American Pediatric Association, the Coast Guard, the NTSB and other organizations shows that children under 13 are less capable of surviving without a life jacket.

Before age 7, children lack the motor skills needed to respond quickly and adequately in an emergency, and finding a life jacket on board and putting it on correctly is beyond their capability, said Susan Balisteri, the author of the study. Before 13, she said, they struggle to think through the steps they need to stay alive. 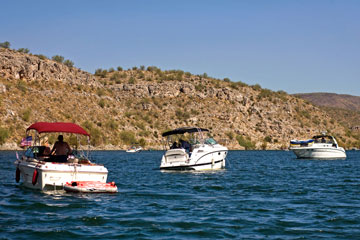