Today, 13 states still don’t require boaters to learn how to drive a boat before they hit the water. And two states — Virginia and Wisconsin — don’t require children to wear life jackets on boats, despite more than a decade of pressure from the nation’s top transportation safety agency.

In 2008 there were more than 4,700 recreational boating accidents leading to 709 fatalities in the U.S., according to U.S. Coast Guard statistics. Only highways claimed more lives than the nation’s waterways.

“It’s a very serious issue, and it’s one we can impact,” said Bill Gossard, safety advocate specialist for the NTSB. “We have a better shot saving lives here than other places.”

Of the 6,347 boats involved in recreational boating accidents recorded by the Coast Guard in 2008, more than 2,700, or 43 percent, involved one or more operators with no formal boater education. That number jumps to 79 percent for accidents with fatalities.

The National Transportation Safety Board first recommended in 1993 that all states require boat operators to take a boater education course and that children wear life jackets while on board vessels. That recommendation was bumped to the board’s “Most Wanted” list in 1994, making it one of the nation’s top transportation safety priorities, yet it’s still not resolved.

Safety advocates say they have a hard time getting state legislators and the general public to take boating dangers seriously.

They can tell plenty of sobering stories about deaths that could have been avoided with properly worn life jackets or uneducated boaters who could have avoided accidents if only they knew how.

But, unlike airline accidents that can take many lives at one time, boating accidents tend to be singular tragedies. And that makes it difficult to draw attention to the problem and persuade legislators to act, said Steve Blackistone, state and local government relations specialist for the NTSB.

In a 2002 letter to the NTSB explaining why Minnesota didn’t at the time have a life jacket requirement for children, a state boating safety official wrote, “Only two children have died in boating accidents in Minnesota in the past 10 years. … It will be difficult for the Legislature to act on the board’s recommendation with this accident history.”

When Bruce Dungan, chairman and founder of the Virginia Safe Boating Alliance, spoke before the Virginia House of Delegates this year, a lawmaker asked him to name one child who had drowned because he wasn’t wearing a life jacket.

“I said, ‘That’s not the right question. How many did not drown because they were wearing a life jacket?,’” Dungan said. “We don’t have statistics on that. You don’t track the close calls. You don’t hear about those. We require seatbelts. We have child seats for children. Guys, we’re talking about saving lives here.”

Arkansas officials decided to take action only after a 1994 accident killed seven people, five of them children, the NTSB’s Gossard said.

“It takes a very bad accident to get people motivated on the issue,” he said.

Other states resist boating safety measures because of a belief that people have the right to make their own decisions, even if that involves a certain degree of risk.

“How much should it be regulated and how should we do that so that government doesn’t become this onerous, burdensome detriment to a recreational activity?” asked Charlie Sledd, the boating law administrator for Virginia, one of the states that still doesn’t require children to wear life jackets. 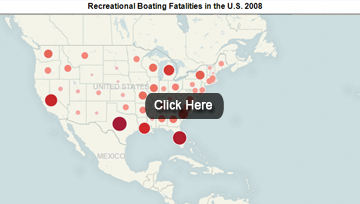 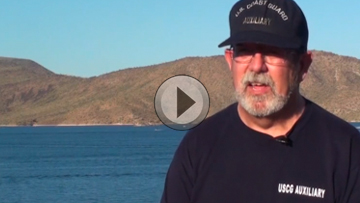 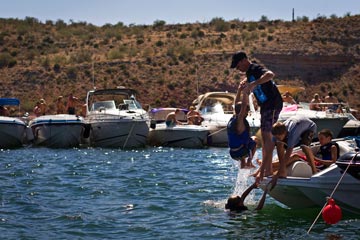