Cockpit video recorders are used in Europe, mostly in a handful of Sikorsky helicopters in England. None of those helicopters has crashed, so it’s difficult to show how images help better solve an air crash investigation, Cash said.

The NTSB wants recorders to hold two hours of video. The video probably would look jerkier than video captured on an average video camera because the cockpit camera would catch fewer frames per second. But the limited frames per second would allow the recorders to store more images without bogging down computer systems.

Some U.S. companies already are making image recorders, and some aircraft manufacturers are voluntarily installing them in new aircraft, Cash said. In California, the Physical Optics Corp. is making one black box to collect audio recordings, flight data and two video views of the cockpit that show the pilots’ arms and controls but not the pilots’ faces. And a patent has been granted for a video camera with a “fisheye” lens that can capture a fuller, rounder view of the cockpit from behind the pilots’ seats.

In small jets and helicopters without any recorders the video recorder would provide the “most bang for our buck,” Cash said.

The estimated cost for an image recorder is less than $8,000 on smaller aircraft, according to the NTSB. Higher-end video recorders for larger commercial aircraft could cost roughly $40,000, said Rick Shie, senior vice president of Physical Optics.

Despite the decade-long struggle to turn its recommendation into a rule, the NTSB continues to work to “make the FAA see our way,” Cash said. “It probably is going to take some type of large event to get it over the hump.”

The remains of the Cessna that crashed in Montrose are now a learning tool for investigators training at the Embry-Riddle Aeronautical University in Prescott, Ariz. There, the plane has been laid out in roughly the same way it was discovered in the snowy woods of Colorado.

Bill Waldock, a professor of safety science at the flight school, said there are clues hidden within the 9,000-pound, crumpled plane about what happened during the accident.

The pilot hated flying in bad weather and was bringing the plane up to an abnormally high altitude of 15,400 feet, perhaps to avoid a storm, investigators said. He was still pulling on the controls at the time of impact, judging by the way the throttle was bent and the steering column was busted.

“He was fighting this thing all the way to the ground,” Waldock said, surveying the remains.

But the broken pieces can never tell investigators what the pilot was doing in the critical moments that caused the stall, sending the plane into a spin from which it would never recover.

“In this case, (a recorder) certainly would have helped us fill in some of the blanks,” Waldock said. “An image recorder would have shown us the instrument panel. It would have shown us where his hands were, the control manipulations – whatever he did to make the airplane depart controlled flight.” 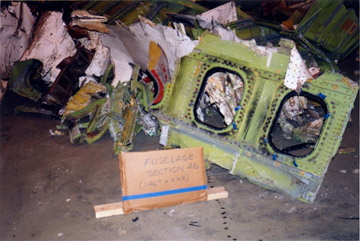 The fuselage section is part of what’s left of Egyptair Flight 990, which plummeted into the Atlantic shortly after takeoff from New York City in 1999, killing 217. Investigators said they believe the pilot deliberately crashed the plane, but without a video recorder in the cockpit they could not be certain. (NTSB Photo) 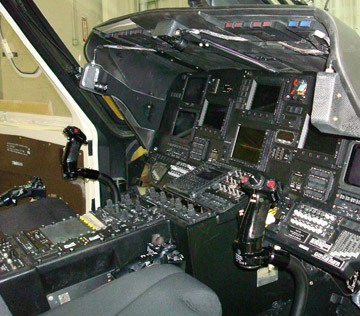 A video recorder provides a view of a pilot’s actions in the cockpit of a Sikorsky helicopter. The video feeds into the aircraft’s crash-protected black box. (Courtesy of Physical Optics Corporation)