Eight federal water-management officials climbed into a Cessna 208B in Montrose, Colo., just after dawn on Oct. 8, 1997.

They were headed to the Glen Canyon Dam in Arizona, but the chartered plane disappeared from radar shortly after takeoff. Two days later, searchers found the plane flattened among 60-foot-tall pine trees. Everyone on board died.

It was clear from the wreckage that the Cessna dropped from the sky at about a 65 degree angle, according to an investigation by the National Transportation Safety Board. There was no fire. The plane had passed all inspections, and there was no evidence of a mechanical malfunction. There was some fog reported in the area, but no weather advisories had been issued. The pilot, in his early 60s, had no serious medical conditions or drugs in his system and didn’t issue a distress call.

NTSB investigators’ only explanation for the crash was that the pilot failed to maintain an adequate flight speed, but exactly why that happened remains a mystery.

In 2000, based on the Colorado crash and other accidents, the safety board issued a recommendation that commercial and charter planes – big and small alike – be equipped with image recorders.

Ten years later, the Federal Aviation Administration still has not implemented the recommendation, which pilots unions have fiercely fought on the grounds that recorders are an invasion of privacy and could be used by airlines to police a pilot’s every move.

The NTSB continues to investigate many plane crashes without the aid of recording devices. Those include the recent accident in Alaska that killed former Sen. Ted Stevens, R-Alaska, and four others. Without a recording device, NTSB investigators have to rely on an analysis of weather conditions, radio communication, statements of survivors and crash debris to determine why the plane flew into the side of a mountain.

Since the NTSB began urging video recorders in cockpits, its investigators have dealt with at least 88 unsolved accidents or safety incidents involving aircraft that would have been equipped with video recorders under the proposal, according to an analysis of FAA data.

“The more information you have, the better your ability to determine what the cause was,” said Jim Cash, an NTSB recorder specialist. “You can’t fix something when you don’t know what’s broken.”

NTSB officials say cockpit video in jetliners could be an important supplement to the black box audio and data that record the critical moments leading up to a crash, providing visual documentation of what the pilot tried – or didn’t try – to do.

Crash investigators say they wish they had video inside the cockpit of EgyptAir Flight 990, which plummeted into the Atlantic shortly after takeoff from New York City on Halloween 1999, killing all 217 people under mysterious circumstances. The Egyptian government disputed NTSB findings that the Egyptian pilot crashed the plane on purpose.

NTSB investigators say video would have helped them better understand other accidents as well, especially those on smaller planes, when smoke filled cockpits or the pilot overshot the runway.

Cockpit video would have helped investigators unravel the 2002 crash that killed Sen. Paul Wellstone. The Minnesota Democrat was traveling for his re-election campaign with his wife and daughter when their plane went down. All eight people on board died. Without a black box, investigators could only conclude that the pilot failed to maintain a safe air speed. 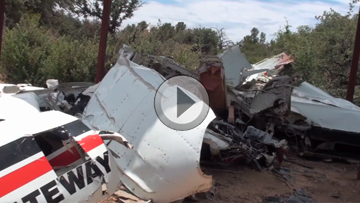 VIDEO: Just after dawn on Oct. 8, 1997, a Cessna 208B took off from Montrose, Colo. A few minutes later, it dropped out of the sky, killing all nine on board. At the Embry-Riddle Aeronautical University in Prescott, Ariz., investigators attempt to figure out why the plane went down. 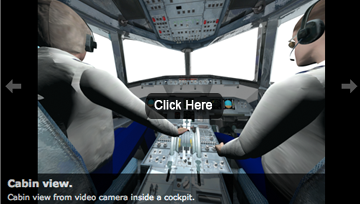 Pilots have long opposed video recorders in the cockpit, saying they are an invasion of privacy. A graphic rendering shows what such recorders could be expected to see in the cockpit. 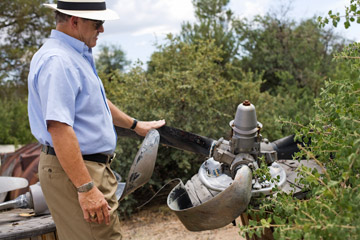