On a dark and desolate stretch of highway in the Four Corners region of Utah in 2008, a busload of skiers were returning from a three-day trip to the slopes of Telluride, Colo. Five hours into a long drive to Phoenix, the 71-year-old driver let his bus wander outside the lines of the two-lane highway.

At about 8 p.m., the bus hit the guardrail, slid down an embankment and rolled into a drainage ditch. The 360-degree roll peeled the top off the Astro Stage Lines Motor Coach and tossed all but three of the 53 occupants into a snow-swept January night. Nine were killed, including five under age 18. The NTSB determined that driver fatigue played a key role in the accident.

Dr. Richard O’Desky, an Ohio physician in occupational medicine who often examines and certifies truckers, said he speeds past trucks on the highway because he knows how often drivers are impaired.

“My problem now is I know too much — the last place I want to be is next to a truck,” he said. “There are plenty that have no business being behind the wheel.”

The FMCSA has recently stepped up its efforts to target commercial drivers who have demonstrated high-risk behaviors related to fatigue, according to the DOT, its parent agency. Officials also are promoting road designs that slope the edges of pavements so that drivers who stray can more easily get back on the road.

Pilots say fatigue is a constant battle in the cockpit.

“I’ve been there where you literally do a little tap dance with your feet and then nod off,” said Roger Nielsen, a retired US Airways captain. “What you try to do is you read each other, you constantly check on how each other is doing, and then if one person says ‘I’m totally bagged’… it’s not uncommon to let somebody take a nap.”

Pilots, controllers and flight crews who report safety problems through an anonymous NASA database frequently mention fatigue as a problem. Since NASA added a fatigue category in June 2009 there have been more than 200 reports from flight crew members concerned about fatigue affecting work performance and safety. NTSB’s Sumwalt said one in five reports submitted to the database are fatigue-related.

Since 1972, the safety board has come up with 37 separate ways to address fatigue, ranging from changing pilot flying hours to commissioning more research on how much – and what kind – of sleep pilots, flight crews, controllers and maintenance workers need. But only 12 have been implemented while the other 25 remain open or the board has given up on them without action ever being taken.

The crash of Colgan Air Flight 3407 outside of Buffalo, N.Y., in February 2009 heightened concerns about pilot fatigue. Four crew members and 45 passengers were killed when the plane went down, crashing into a house. One person on the ground was killed.

An NTSB investigation concluded the accident was the result of pilot error and the pilots were likely fatigued. The captain spent the night before sleeping in the company crew room and had been awake at least 15 hours. The first officer had gotten at most 8.5 hours of sleep in the preceding 34 hours – part of that while commuting from Seattle to Newark the night before the accident, according to the report.

The Colgan crash let to more than two dozen NTSB recommendations, including measures to reduce the risk of fatigue.

Seventeen months after the crash, the FAA released a proposal to reduce flight and duty time requirements for pilots. The proposal is similar to measures introduced in 1972 and 1995 that failed after encountering industry opposition.

The new rules would require pilots to rest for nine hours rather than eight before reporting for duty. Pilots also would be limited to 13 hours of work between rest periods and get more consecutive time off during the work week. Pilots would be able to decline assignments without penalty if they felt too fatigued to fly. And airlines would be encouraged to put in place individual fatigue risk management systems, according to documents released by the FAA. The proposal could cost airlines $1.3 billion over the next 10 years. 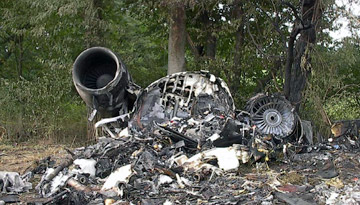 Following the crash of a Comair flight that tried to take off from the wrong runway in Lexington, Ky., in 2006, the National Transportation Safety Board issued three recommendations to reduce air traffic controller fatigue. (NTSB Photo) 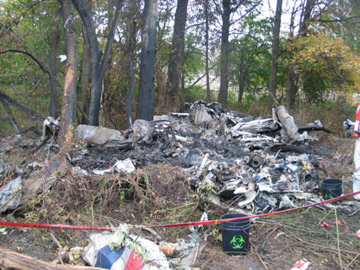 A National Transportation Safety Board investigation into a small plane crash near Kirksville, Mo., in 2004 noted that the pilots had been awake for more than 16 hours and on duty for more than 14 hours when the plane went down. (NTSB Photo)