Public comments will be accepted on the plan until Nov. 13, after which the FAA may make revisions.

“We pulled together a cross section of the aviation community to help craft changes to pilot fatigue rules that haven’t been updated since the mid-1980s,” said FAA Administrator Randy Babbitt.

NTSB spokeswoman Bridget Serchak said it’s too soon to tell if the rules go far enough, but the board “is pleased that the effort has gotten this far along.”

One of the safety board’s key concerns is that U.S. regulations lag far behind modern sleep research – and behind other countries. In the European Union, for example, crew rest time excludes the time spent traveling to or from work. That’s not the case in the U.S.

“Incredible as it may seem, the time a pilot spends waiting for a hotel shuttle and going through airport security screening is defined as rest under the current (FAA) regulatory scheme,” Air Line Pilots Association President John Prater told a Senate subcommittee on Aviation Operations, Safety and Security last year.

Australia, a world leader in fatigue regulation, is the only country that considers not only how long a person sleeps but the time of day.

Because the body is conditioned to operate on a normal daytime schedule, or circadian rhythm, the most restorative sleep happens at night. Simply put, eight hours of sleep in the middle of the day is not the same as eight hours at night. If the body’s rhythm, which is based on light cues, is disrupted, jet lag can result.

In Australia, pilots must get extra rest time if their off-duty time doesn’t fall between the normal sleeping hours of 10 p.m. and 6 a.m.

Limits on hours of duty and flight time also vary between the U.S. and other countries, according to a 2007 report commissioned by the FAA. In the U.S., a single- or two-pilot crew can fly for 10 hours in one day. In Australia, South Africa and Canada the limit is eight, according to the report.

“Airlines want to fly as much as they can fly, and they want to do it with as few personnel (as possible),” said John Prest, an executive at Fatigue Science, a Honolulu company specializing in fatigue-related technology. “Let’s be realistic — they’re in business to make money.”

NTSB investigators point to an October 2004 crash in Kirksville, Mo., that killed 13 as an example of pilot scheduling that wouldn’t be allowed in other countries.

The pilots, who commuted to work in Missouri from other states, had been awake for more than 16 hours and on duty for more than 14 hours when they got into trouble. In the final moments of the flight, they were peering out the cockpit window looking for the runway, unaware the plane was at a dangerously low altitude until it smacked into a tree.

The one-hour flight was their sixth of the day — and one that wouldn’t have been allowed under British regulations, said NTSB human factors investigator Malcolm Brenner, who worked on the accident. The pilots were scheduled to fly a total of eight legs that day, but two were canceled because of the stormy weather.

The NTSB cited fatigue as a probable cause in the crash, but investigators will never know exactly what kind of a role it played or how it affected the pilots’ final decisions as the plane went down.

For the nation’s railways, 25 of 39 fatigue-related recommendations have been implemented. But even when action is taken it often comes too late.

A 1991 recommendation to equip train locomotives with devices to alert conductors to dangers might have helped prevent a fatal accident six years later.

Shortly after 2 a.m. outside of Delia, Kan., an engineer apparently nodded off at the controls as the train rolled through several signals and flashing lights. The engineer missed repeated radio calls, and by the time he snapped awake, it was too late. His train lurched through a switch that connects two sets of rail and into the side of an oncoming train that was bounding down the other track at about 70 mph. 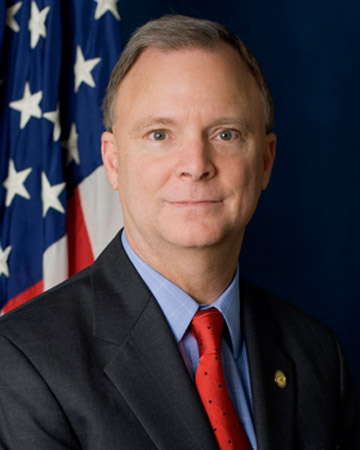 "We need to quit talking about fatigue and we need to start trying to do something about it."
NTSB board member Robert Sumwalt.