Below is a selection of photos from the site of Wednesday’s boat accident in Philadelphia that left two dead. A barge ran over a duck boat that was stopped in the Delaware River because of engine trouble. The boat quickly sank, sending all 37 passengers into the water. The National Transportation Safety Board is investigating the accident. (Photo credit: Ariel Zirulnick) 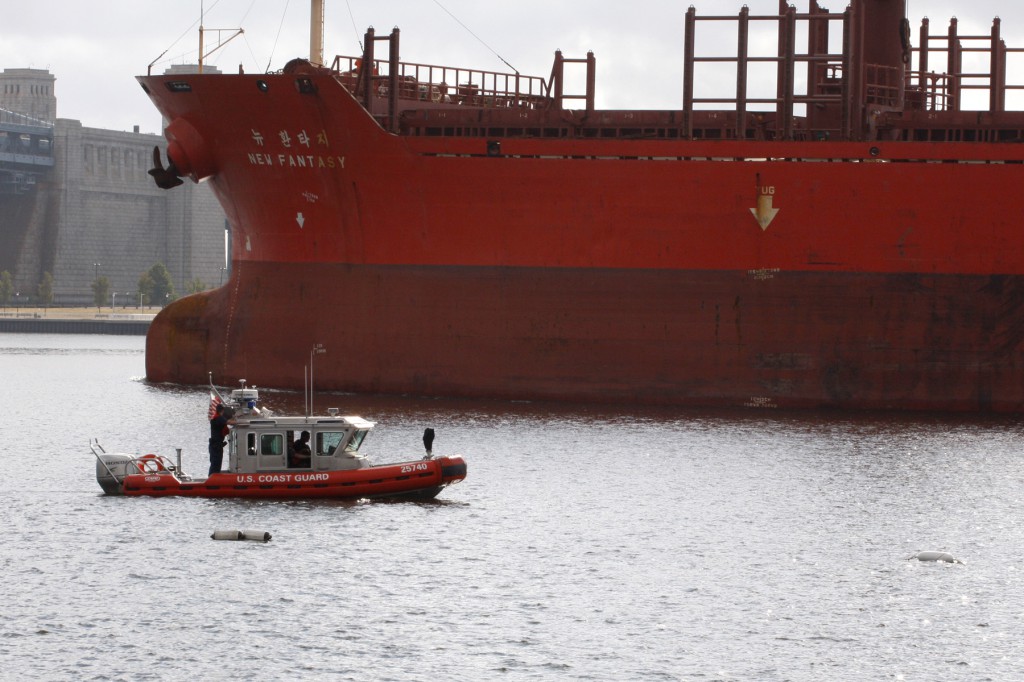 A U.S. Coast Guard boat circles the site of the accident shortly after 8 a.m. Friday. The boat sank in the Delaware River, only a couple hundred yards off of Penn’s Landing. The river is a busy site for both recreational and commercial use and large freighters like the one in the background are common. The channel is relatively narrow at this point in the river. There isn’t much room for boats to move around. 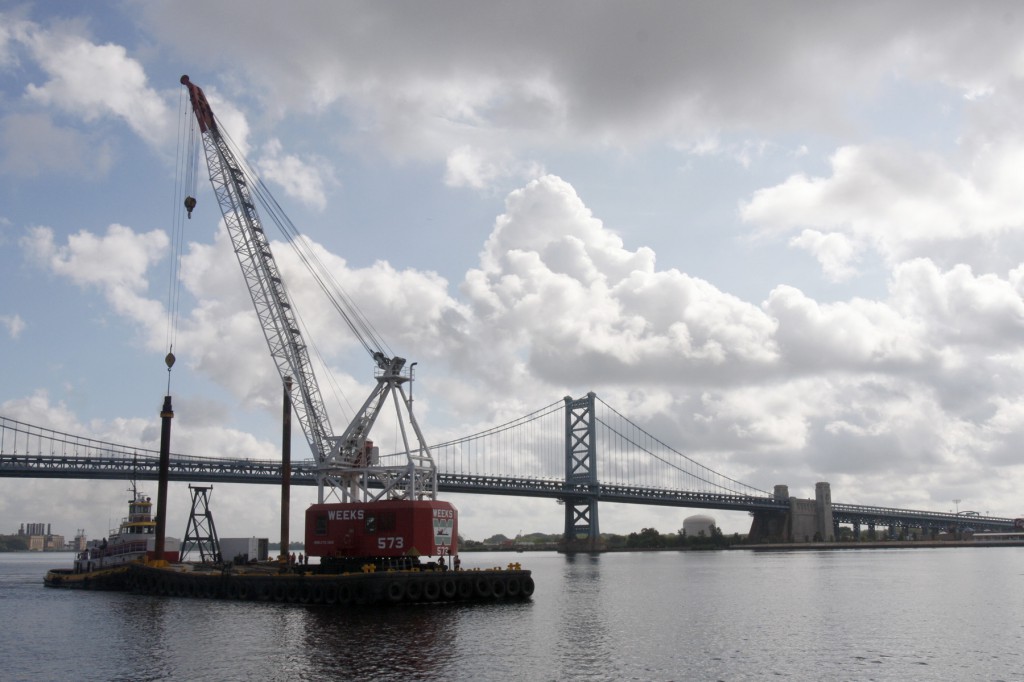 The salvage company’s barge, being pushed by a tug boat, arrives at the site of the accident. Weeks Marine, the salvage company selected, also salvaged the plane that crashed into the Hudson River last year. 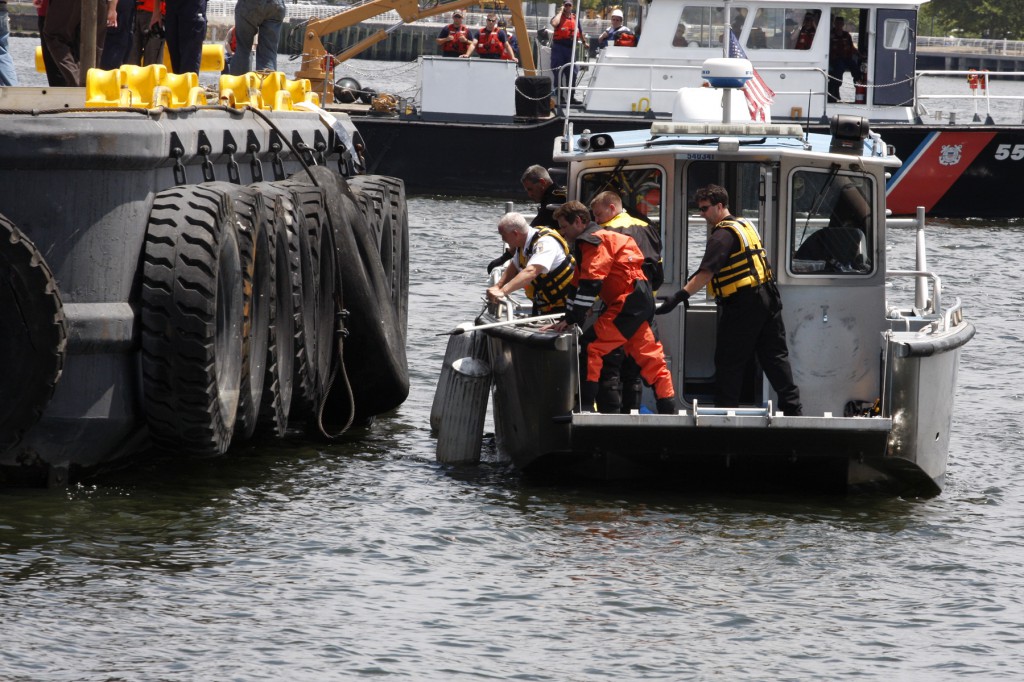 The Philadelphia Police Department’s marine unit makes an attempt to recover the body of one of the duck boat passengers. The strong current pulled his body underneath the barge and police were unable to retrieve it until the barge left at the end of the day. One of the police officers in dry suits later attempted to swim under the barge and retrieve the body. 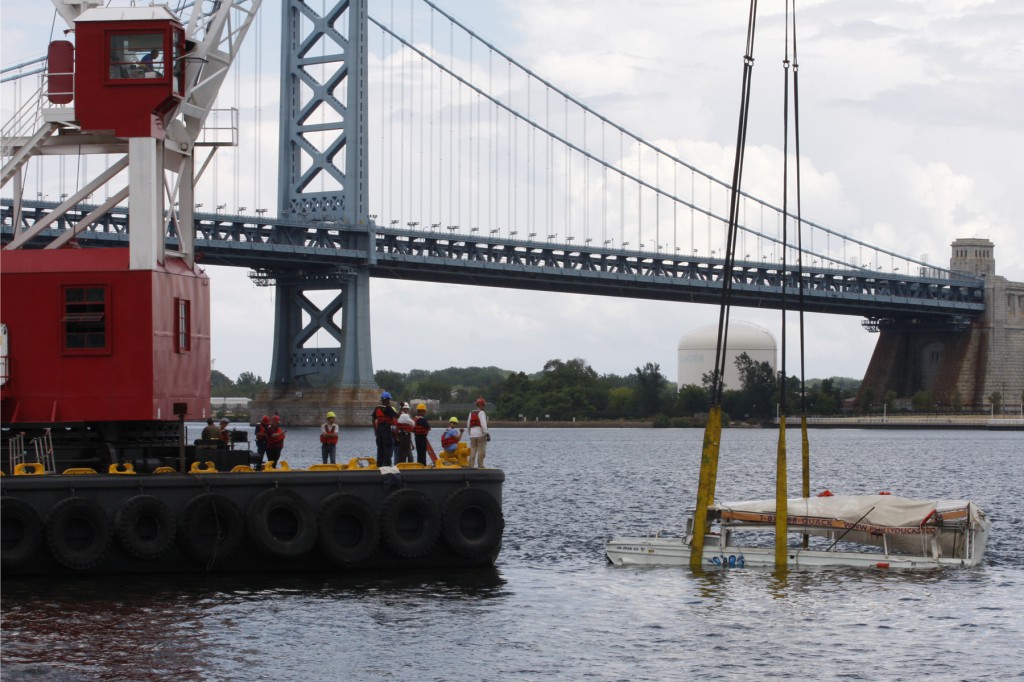 The duck boat, here being lifted by a crane on the salvage company barge and held by straps that were pulled underneath the hull, broke the surface of the river around 1:30 p.m. Salvaging attempts began at 8:15 a.m. 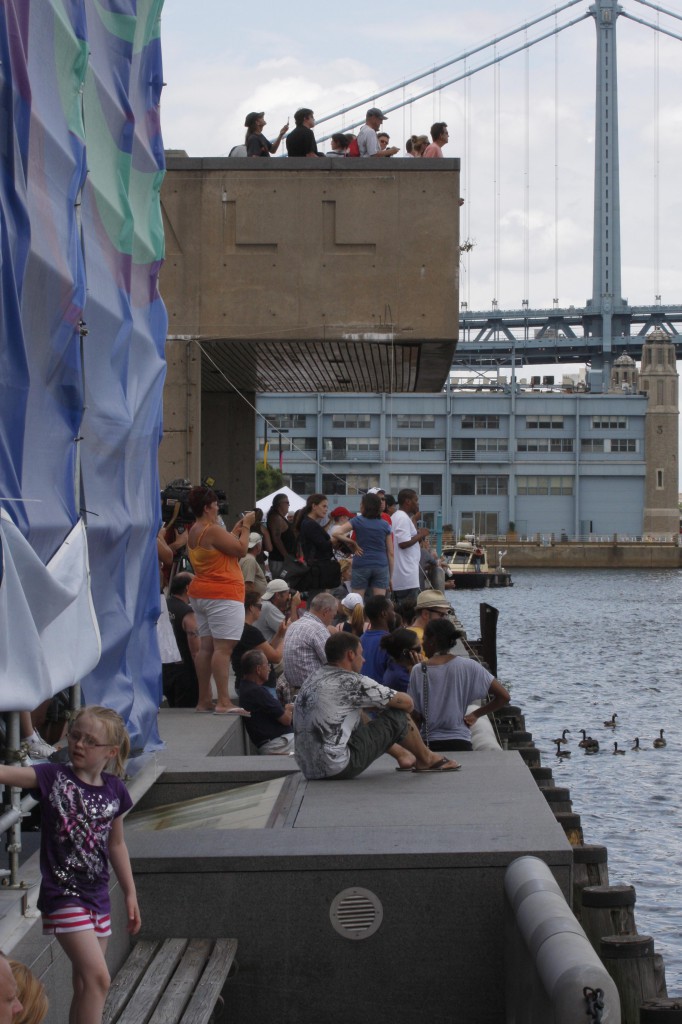 By the afternoon, dozens of bystanders had gathered at Penn’s Landing to watch the recovery efforts. Person after person expressed shock at the accident. 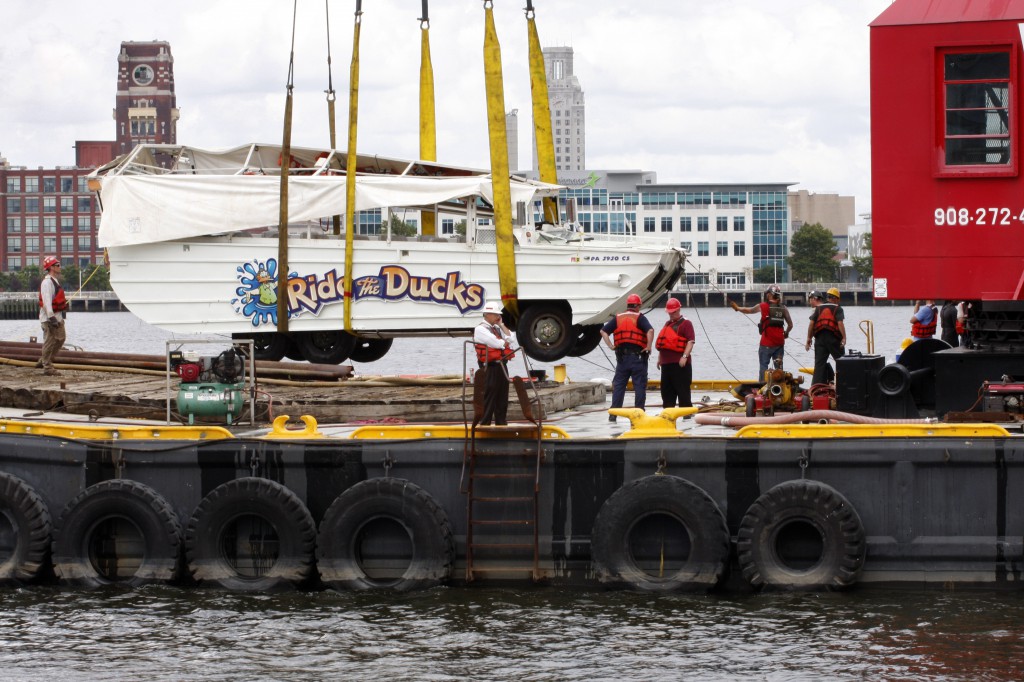 The duck boat is loaded onto the salvaging barge. It broke the surface around 1:30 p.m., but was not secured on the barge until about 2:50 p.m. A significant amount of water had to be drained from the hull, according to police officers at the scene. 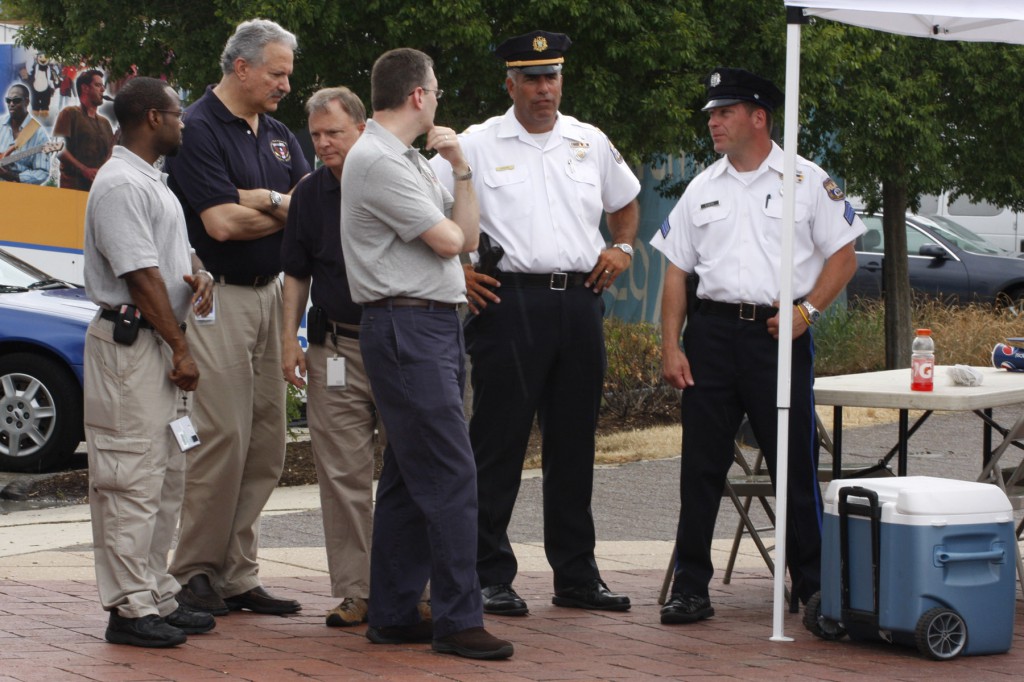 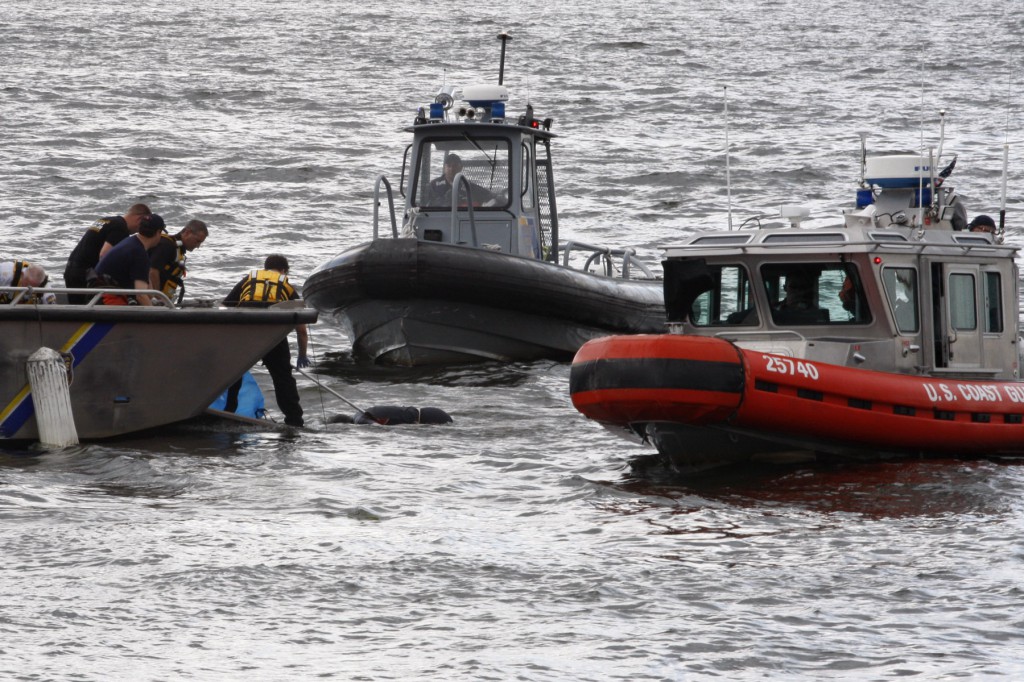 When the salvaging barge left the site around 3 p.m., the trapped body of 20-year-old Szabolcs Prem, one of the duck boat passengers, came up to the surface and began drifting downstream. Bystanders were the first to notice the body, which police are pictured here retrieving. The other deceased passenger, 16-year-old Dora Schwendtner, was found near the Walt Whitman bridge at 4:45 a.m. by a local fisherman.